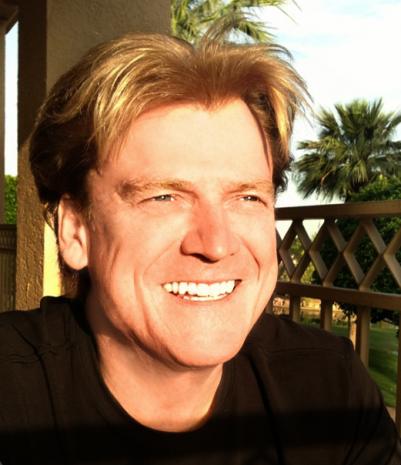 Patrick M. Byrne, Chairman and CEO, launched Overstock.com in 1999 with revenues of $1.8 million. In 2013 Overstock.com had revenues of $1.3 billion and net income of $88.5 million. Forbes magazine named Overstock.com the No. 9 Best Company to Work for in the Country for 2010, and Byrne the CEO with the highest employee approval rating (92%).  Byrne received the 2011 Ernst & Young National Entrepreneur of the Year Award.

In 2001, Byrne began Worldstock Fair Trade, an Overstock.com division selling handcrafted products from artisans in developing nations.  The department distinguishes itself by returning 60-70% of the sale price to artisans (to date, $100 million has been paid to Worldstock’s artisan suppliers). In addition, all Worldstock net profits are donated to fund philanthropic projects in several countries. Worldstock and Byrne have funded the building of 26 self-sustaining schools internationally that currently educate thousands of students.

A “classical liberal,” Byrne believes that our nation’s success depends on a sound educational system and a healthy capital market. Since Milton Friedman’s passing in 2006, Byrne has served as chairman of The Friedman Foundation for Educational Choice, an organization leading the national debate for school vouchers.

Towards the goal of clean capital markets, in 2004 Byrne (as a citizen-journalist) began a vigorous campaign against abusive Wall Street practices, focusing on regulatory capture, hedge fund "expert network" (insider trading) schemes, settlement system failures, systemic risk, and the possibility of economic warfare against the US by Organized Crime and foreign governments. His stance quickly caught the attention of Wall Street analysts and reporters and became a point of high controversy and ridicule until the economic crash of 2008, occasioned by the very things Byrne had warned of.  Byrne's website DeepCapture.com has received much recognition, such as Weblogs Award "Best Business Blog" (2008), Business Pundit's "Best Business Investigative Journalism" (2009), and Xmark's "Top Site on Corruption in the USA" (2010).

says the zombie apocalypse is coming, and there’s one thing that can save us: bitcoin.

He tells me this during a phone call from his car, a black Tesla Model S that’s winding its way through the mountains above Salt Lake City, on its way to Byrne’s home in the Utah ski country. Byrne is the CEO and chairman of Salt Lake’s Overstock.com, one of the world’s largest online retailers with more than $1.3 billion a year in sales, and he’s about to place an enormous bet on bitcoin, the digital currency that exists only on the internet.

In the estimation of many leading economists, bitcoin is a fatally flawed idea shaped by people who don’t really understand how money works. But Byrne is an unorthodox thinker, a three-time cancer survivor with a PhD in philosophy who’s never been afraid to fight for what the rest of the world sees as complete madness. Though he runs a company that’s publicly traded on Wall Street, he spent much of the last decade accusing Wall Street’s biggest brokers of widespread corruption — not to mention Wall Street hedge funds, analysts, reporters, and government regulators — arguing in the most grandiloquent terms that their greed would eventually bring the country crashing down. It’s no surprise that his maverick career would collide with the equally iconoclastic bitcoin. It’s as if his whole life has been leading to this.
CLICK HERE for the rest of the article.
Help support a fellow freedom lover by using Overstock.Com for your purchases...

What time will seminars begin Friday and what time will everything be done Sunday ... do you have a schedule ready for publication yet? I look forward to buying my airline tickets in a couple days!
Make a Comment (2) • Email Link • Send Letter to Editor