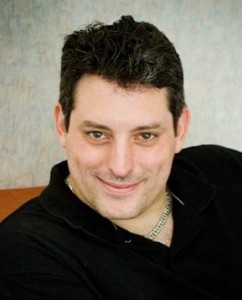 How an activist can make your own documentary for very little money.
(PUBLISHER: A very popular presentation by author Tarrin Lupo at Porcfest was how to self-publish books - Tarrin's books are often in Amazon's Top 100... How? We are very interested in what he has to say about his efforts to document Self-Sustanable Farming Families)
Here is a link to my current project. http://www.youtube.com/watch?v=U2SiiNy6Nwc
Rough Cut 1st half of Screw This Job, I Want To Be a Farmer!
DR. TARRIN P. LUPO

He is a modern day renaissance man who seems to have already lived three lifetimes. He is best known as an author but he is also recognized as a national liberty activist. Tarrin self-published over 20 stories, five of which have made it to the Top 100 on Amazon. One of his novels was the #1 highest rated historical fiction eBook on Amazon for more than five months straight. As an independent author, he competes with very well established authors and the powerhouses of the publishing world and still is beating many of them in eBook sales. Tarrin has spent almost no money but instead leveraged social networking to compete.

Tarrin grew up in Springfield Virginia and started winning awards in elementary and high school with his writings. Tarrin spent most of his youth playing and coaching Rugby while becoming the youngest head coach in the country for the women's club at Radford University. Over the last 20 years he has played for many teams and coached high school, college and women’s clubs.

He graduated with degrees in Biology, Chemistry and Jewelry repair and design. Tarrin went on to four more years of Chiropractic school graduating with honors. His post doctorial training specialized in motion x-ray technology and animal chiropractic.

Dr. Lupo went on to develop one of the largest and most successful practices in West Virginia. Eventually, he grew disenfranchised because of the increasing insurance regulations and government encroachment into healthcare. After selling his practice he tried some other businesses while starting to write.

Tarrin started an online jewelry business where he made custom silver pieces with a freedom theme. He used the profits of the sales to finance his first book.

Lupo started in 1988 helping his local libertarian party promote Ron Paul for president before he could even vote. He refocused his effort in 2000 and worked for the Harry Browne Campaign for president. He volunteered with the West Virginia libertarian party until 2004 when he discovered the Free State Project. Tarrin has been promoting it ever since. Currently, his focus has evolved to self-sustainability and agorism.

Since 2007 Tarrin has been involved with many kinds of media including Radio, TV, Podcasting, freelancing articles, vloging and bloging. He started a news service for the south called The Low Country Liberty Report, which has millions of views on Youtube. Lupo was a columnist at Smargis and is still a frequent contributor to theFreedom’s Phoenix Magazine. He has also guest hosted national radio shows such as Free Talk Live, Liberty Conspiracy and Declare Your Independence. Tarrin gained notoriety as a co-host on the wildly popular comedy show Wheels Off Liberty.

Tarrin started out writing a joke book about all the silly pranks he pulled on his friends. He followed it with a manual on secret hiding places and a book on agorism.  His first fiction work, “Pirates of Savannah”, broke the rules for self-publishing and climbed its way to the number one highest rated historical fiction on Amazon for fall and winter 2011. Lupo continued by writing a group of Savannah-centered, scary short stories. He has also published a young adult series and even a children’s book. His current dystopian novel “One Nation Under Blood” is getting fantastic reviews. Even his historical romance novella, “If It Ain’t Got That Swing”, is getting attention. Few authors write so many genres, it seems Tarrin is trying to make his own bookstore. Being such a prolific author is a big accomplishment since Tarrin battles severe dyslexia every day. Click here to see a full collection of his work.

Dr. Lupo has spoken all around the country sharing his secrets in marketing for self-published authors. He has made inspirational speeches about overcoming his dyslexia to become a writer.  He has also spoken on issues of liberty and freedom to large crowds. To have him come speak for you, click here.

What If The Largest Experiment On Human Beings In History Is A Failure?

Totalitarianism: Can It Happen in America?