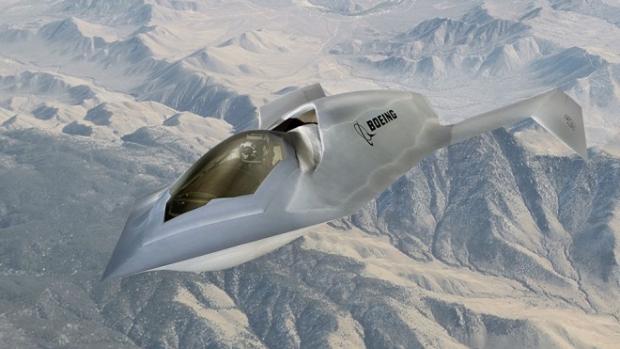 It pioneered dozens of new technologies that we use in airplanes today, but the Bird of Prey was never meant for production.

Phantom Works is Boeing’s secret(ish) in-house development arm, tasked with engineering, prototyping, and building classified projects, often for the U.S. military. Its vice president is Alan Wiechman, an engineer whose CV includes the Lockheed Have Blue, F-117 Nighthawk, and the Sea Shadow ship. And Wiechman headed up the Bird of Prey’s development and design.

The single-seater jet was developed on the cheap–relatively speaking–coming in at around $67 million. Part of that cost savings came from using off-the-rack components, like the Pratt & Whitney JT15D-5C turbofan engine, nixing the expensive fly-by-wire systems in favor of hydraulics, and by using computer modeling–one of the first applications for an aircraft.

When the time came to build the Bird of Prey, the team used then-novel rapid-prototyping to build components, single-piece composite structures, and disposable tooling. In final spec, it measured 47 feet long, with a wingspan of 23 feet, and a curb weight of about 7,400 pounds.