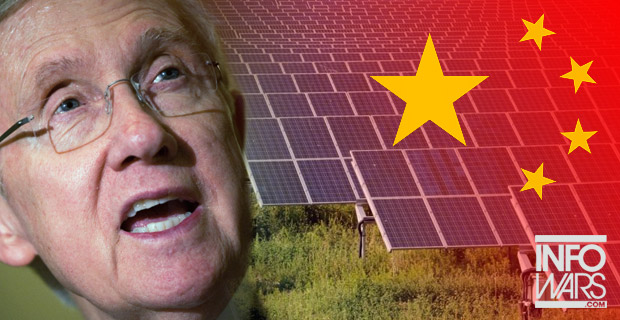 NEW YORK – Could real estate on American soil owned by China be set up as “development zones” in which the communist nation could establish Chinese-owned businesses and bring in its citizens to the U.S. to work?

That’s part of an evolving proposal Beijing has been developing quietly since 2009 to convert more than $1 trillion of U.S debt it owns into equity.

Under the plan, China would own U.S. businesses, U.S. infrastructure and U.S. high-value land, all with a U.S. government guarantee against loss.

Yu Qiao, a professor of economics in the School of Public Policy and Management at Tsighua University in Beijing, proposed in 2009 a plan for the U.S. government to guarantee foreign investments in the United States.

WND has reliable information that the Bank of China, China’s central bank, has continued to advance the plan to convert China’s holdings of U.S. debt into equity owned by China in the U.S.

The Obama administration, under the plan, would grant a financial guarantee as an inducement for China to convert U.S. debt into Chinese direct equity investment. China would take ownership of successful U.S. corporations, potentially profitable infrastructure projects and high-value U.S. real estate.

The plan would be designed to induce China to resume lending to the U.S. on a nearly zero-interest basis.

However, converting Chinese debt to equity investments in the United States could easily add another $1 trillion to outstanding Obama administration guarantees issued in the current economic crisis.

As of November 2012, China owned $1.17 trillion in U.S. Treasury securities, according to U.S. Department of Treasury and Federal Reserve Board calculations published Jan. 16.

Concerned about the unrestrained growth in U.S. debt under the Obama administration, China has reduced by 97 percent its holdings in short-term U.S. Treasury bills. China’s holding of $573.7 billion in August 2008, prior to the massive bank bailouts and stimulus programs triggered by the collapse in the U.S. mortgage market, dwindled to $5.96 billion by March 2011.