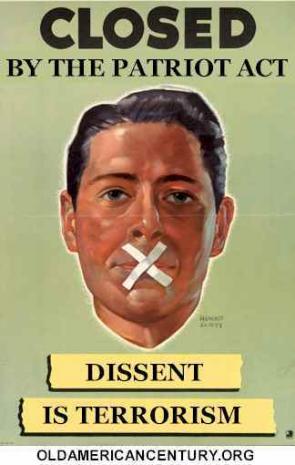 IS A SETTLEMENT IN THE WORKS FOR VOGL-BAUER V. LLEWELLYN? Anthony Llewellyn now has three lawyers, Andrew Price, Kate E. Maternowski, and Laura Brenner . Jury trial is still scheduled for SEP 15 - SEP 17, 2014, in the Walworth County Judicial Center Courtroom of the Honorable Phillip A Koss; however, it is hard to find any of Anthony Llewellyn's videos online. IS HE TAKING THE VIDEOS DOWN? Sally Vogl-Bauer apparently had her pre-trial hearing AUG 20, 2014. It is no longer listed on the pending court docket. Visit http://wcca.wicourts.gov/index.xsl . Click agree. On next page enter name = Llewellyn, County = Walworth, Case Number = 2013CV001140. You'll see suit history and public data about Sally Vogl-Bauer and Anthony Llewellyn.

This is from an April 4, 2014, Buzzfeed article by Jake Rossen. David McKee, M.D., a Duluth, Minn., neurologist, was unaware of the Streisand phenomenon at the time he decided to sue Dennis Laurion. Laurion’s father, Kenneth, had suffered a stroke in April 2010; McKee was called in to assess Kenneth’s condition. According to the Laurions, McKee was oblivious to Kenneth’s modesty. “His son was right there,” McKee counters. “If he was concerned about the gown, he didn’t get out of his chair to tie it.” Dennis Laurion consulted with his family to see if his impression of the arrogant doctor was real or imagined. He fired off a dozen or more letters to a variety of medical institutions, including the hospital’s ombudsman, the Minnesota Board of Medical Practice, Medicare, and the American Medical Association. McKee sued Laurion for defamation. A local Duluth newspaper picked up on the story, favoring Laurion’s interpretation of events. In April 2011, the judge granted Laurion’s motion for summary judgment, ruling his comments were protected free speech. A user on Reddit.com posted the newspaper story. Almost overnight, dozens of “reviews” popped up on RateMDs.com and other sites with outlandish commentary on McKee, who was referred to as “the dickface doctor of Duluth.” McKee found no easy way to exit the situation. “You get drawn in,” he says, suggesting his lawyer nudged him into further action. “It’s throwing good money after bad. … I wanted out almost as soon as I got in, and it was always, ‘Well, just one more step.’” McKee appealed, and the summary judgment was overturned. The case, and the measurable impact of being labeled a “real tool,” was now headed for the Minnesota Supreme Court. McKee was rated for several years as a top provider in Duluth Superior Magazine, but“From now until the end of time, I’ll be the jerk neurologist who was rude to a World War II veteran,” the physician says. “I’m stuck with it forever.”

Depending on how openly or publicly the teacher spoke against the student, this might just be a case for a counter-suit.

"This Must Stop!" One Father's Fight Against Pervasive Entrenchment Of Critical Race T

Resources about vaccine value on freedomsphoenix.com