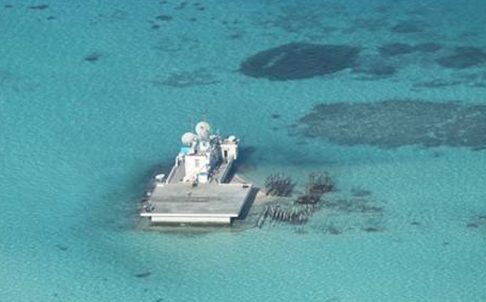 China is looking to expand its biggest installation in the Spratly Islands into a fully formed artificial island, complete with airstrip and sea port, to better project its military strength in the South China Sea, a Chinese scholar and a Chinese navy expert have said.

The planned expansion on the disputed Fiery Cross Reef, if approved, would be a further indication of China's change of tack in handling long-running sovereignty disputes from a defensive stance to an offensive one, analysts said. They said it was seen as a step to the declaration of an air defence identification zone.

The Philippines last month protested against China's reclamation activities at nearby Johnson South Reef, site of a 1988 skirmish between the Chinese and Vietnamese navies that was triggered by China's occupation of Fiery Cross Reef.

With recent developments in the South China Sea having again focused the international spotlight on China, the analysts warned reclamation at the Fiery Cross atoll - which China, the Philippines and Vietnam all claim - would further strain Beijing's relations with neighbours.