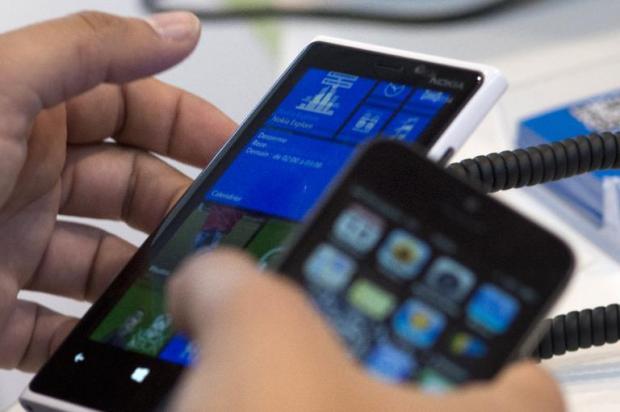 The announcement came in a report by the "Secure Our Smartphones Initiative" led by the New York state attorney general with officials from San Francisco and London.

The coalition of more than 100 elected leaders and law enforcement officials from major cities said the agreement means the three main smartphone platforms would soon add the feature as part of an effort to curb an epidemic of thefts.

The report said Google Android and Microsoft Windows Phone would add the feature -- enabling a user to deactivate a stolen handset -- after Apple included this last year.

Google and Microsoft did not immediately respond to requests for comment.

"In just one year, the Secure Our Smartphones Initiative has made tremendous strides towards curtailing the alarming trend of violent smartphone theft. We will continue the fight to ensure that companies put consumers' safety first and work toward ending the epidemic of smartphone theft. "

The report noted that preliminary data following Apple's adoption of its "activation lock" feature found that in the first five months of 2014, theft of Apple devices fell by 17 percent in New York, while thefts of Samsung products increased by 51 percent from the same period in the previous year.

In the six months after Apple introduced the feature, iPhone thefts fell 24 percent in London and robberies fell 38 percent in San Francisco, while thefts of other popular mobile devices increased, the report said.

The report cited studies that showed 3.1 million mobile devices were stolen in 2013 -- nearly double the levels of 2012, and one in three Europeans experienced the theft or loss of a mobile device last year.

In 2013, a mobile device played a role in roughly half of all robberies in New York City, San Francisco and London, the report said.

"We can make the violent epidemic of smartphone theft a thing of the past, and these numbers prove that," said San Francisco District Attorney George Gascon.

"It was evident from day one that a technological solution was not only possible, but that it would serve as an effective deterrent to this growing threat. This past year we successfully held the wireless industry's feet to the fire and it's already having an impact for consumers."