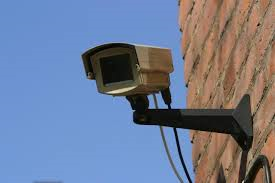 The report was released for the first time Friday by the Office of the Director of Intelligence, upon order of the president, in the wake of surveillance leaks by NSA whistleblower Edward Snowden.

But the report, which covers only surveillance orders issued in 2013, doesn't tell the whole story about how many individuals the spying targeted or how many Americans were caught in the surveillance that targeted foreigners. Civil liberties groups say the real number is likely "orders of magnitude" larger than this.

"Even if it was an honest definition of 'target'—that is, an individual instead of a group—that also is not encompassing those who are ancillary to a target and are caught up in the dragnet," says Kurt Opsahl, deputy general counsel of the Electronic Frontier Foundation.

The report, remarkably, shows that the government obtained just one order last year under Section 702 of FISA—which allows for bulk collection of data on foreigners—and that this one order covered 89,138 targets. But, as the report notes, "target" can refer to "an individual person, a group, an organization composed of multiple individuals or a foreign power that possesses or is likely to communicate foreign intelligence information."