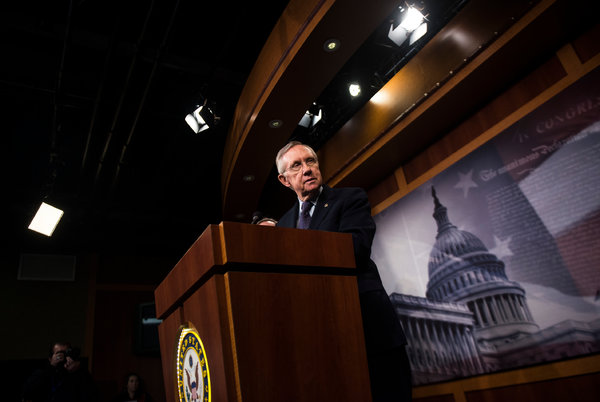 To review the bidding: The Senate was slated, last week, to consider amendments to the giant appropriations bill funding the Justice and Commerce Departments.

Senator Rand Paul (R-KY) had submitted an amendment to prohibit Attorney General Eric Holder from continuing Operation Choke Point -- a program designed to shut down gun stores by forcing banks to dry up their credit and to stop processing their credit card purchases. You will remember that Gun Owners of America alerted you to the Paul amendment and urged you to take action in support of it.  And, wow, did your efforts make an impact!

GOA is very grateful to the thousands upon thousands of you who took action on that alert, urging Senators to support the Operation Choke Point amendment.

It got Harry Reid's attention!

Faced with a tough vote for Democrats running for reelection in pro-gun states, Reid just pulled the bill from the floor. This means that the appropriations process will probably grind to a halt, and the government will, once again, be funded by a gigantic "continuing resolution" passed in September.

And, once again, the slimy Reid will blame Senate Republicans for his own actions in pulling the bill.