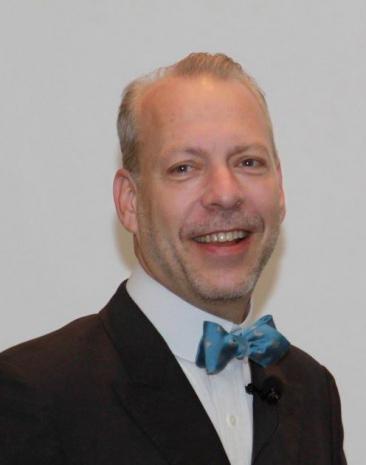 To get to the coolest bar in Chicago — recently voted the best new bar in the U.S. — you turn down a small alley and walk half-way down until you get to a small blue light. There is a man standing guard in front of a small and unlabeled black door, belonging to a place called Three Dots and a Dash, one you would miss unless you knew what's what.

The man checks your ID. You pass the test and enter, walking down a long staircase and passing under a lit-up wall of hundreds of tiny skulls. You continue down the hallway until you find yourself in a beautiful speakeasy with wonderful specialized drinks in farflung glasses that recall the Prohibition Era. The whole place feels private, decadent, and illegal in the best way.

So it is with many Chicago bars. They try to recall the glory days when the boomingest industry in town was also the illegal one. The more the government tried to stamp out liquor, the more the industry thrived, and eventually came to build one of the great cities in the world. This history is not forgotten in the slightest. It is sported and loved, proudly, witness that the most popular selling shirt among tourists features a heroic image of Al Capone — the most beloved folk hero to emerge from the windy city.

This whole culture of Chicago, even today, is a monument to a salient fact of history: government doesn't always get its way. The whole regime was once dedicated to outlawing the production and sale of alcohol. It didn't work. Defiance was the norm. Disobedience became the rule. Far from outlawing it, the outlaws built a world for themselves that has lasted even as the Prohibitionists faded from history. The rebels won this one.

In fact, the rebels usually do win. They have the passion, market forces, creativity, and dedication to the cause on their side. The government is different. It tries implausible things like controlling through coercion how people live. That works sometimes but not always and never over the long term. People are inspired to resist in big and small ways, despite threats, intimidation, jails, and even death. Cages can't contain anyone over the long term.

Another story from Chicago. I attended a Bitcoin conference of a thousand plus people. In the middle of a speech, in walked my friend Charlie Shrem from New York. It's strange because he is under arrest in New York, forbidden from leaving the state. But in he walked, not his person but his robot that he was controlling from New York. His visage appeared on an iPod that sat up top. He could control its direction, height, and speech volume.

Later he rolled onto the stage and gave a full speech to the enthralled audience. Silly government. It thought it could keep him in New York under arrest for trumped up money laundering charges related to Bitcoin. Instead he is reinvented as a traveling super hero speaking at events everywhere, thanks to marvelous technology. The cage could not contain him either.

People rightly have a fear of government, but when you look at the track record, something becomes rather obvious. Government can restrict our options but ultimately cannot control our volition. A persistent desire to live free triumphs over all attempts to shape the world through compulsion and coercion.

Consider that some forty years ago, Richard Nixon declared a war on pot. He might as well have inaugurated a pot start up that became a top-50 public company. In time, despite massive oppression and aggression to stop it, pot has become a national way of life, used by all classes and income groups in all regions of the country. It is so ubiquitous that we pay no attention to it anymore.

If someone should ever point out to a user that "hey, this is an illegal substance," the reaction would be bafflement. Yes, it is illegal most everywhere but everyone just knows that this doesn't matter in the slightest. The law is completely discredited.

Fifteen years ago, the federal government shut down Napster, one of the first and most important distributed networks for file sharing. That was supposed to be the end of that rebellious practice of sharing stuff for free.

Today, nearly all music companies are desperate to distribute their music for free on youtube in exchange for advertising revenue, while file sharing sites thrive as never before. As for the distributed network, it has become the preferred model of every form of digital innovation from software development to payment systems.

1 Comments in Response to Rebels Will Inherit the Earth

WHY??? does everyone keep calling this corporate fascist regime a government???????? or is it me living in the Twilight Zone on steroids???