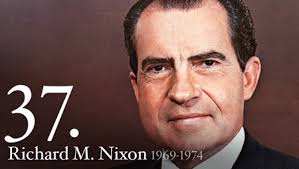 Today it is clear they celebrated too soon. Nixon's view of presidential powers, summed up in his infamous statement that, "when the president does it that means it is not illegal," is embraced by the majority of the political class. In fact, the last two presidents have abused their power in ways that would have made Nixon blush.

For example, Nixon's abuse of the Internal Revenue Service to persecute his political opponents was the subject of one of the articles of impeachment passed by the US House of Representatives. As bad as Nixon's abuse of the IRS was, he was hardly the first president to use the IRS this way, and the present administration seems to be continuing this tradition. The targeting of Tea Party groups has received the most attention, but it is not the only instance of the IRS harassing President Barack Obama's political opponents. For example, the IRS has demanded that one of my organizations, Campaign for Liberty, hand over information regarding its major donors.

Nixon's abuse of federal power to spy on his "enemies" was abhorrent, but Nixon's abuses of civil liberties pale in comparison to those of his successors. Today literally anyone in the world can be spied on, indefinitely detained, or placed on a presidential "kill list" based on nothing more than a presidential order.