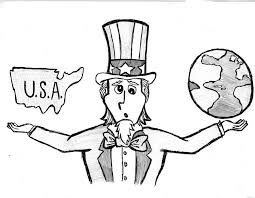 Americans may believe the government — especially the foreign-policy side — is at least minimally competent, but when one surveys decisions from the last few decades, one has to wonder.

The current crop of policymakers, like earlier ones, know what they want to do: make the world safe for American leadership — or, less euphemistically, American hegemony: No rivals for American influence or access to resources and markets can be tolerated. As President George H.W. Bush said, "What we say goes."

Even by that standard, the policy architects and executors look incompetent — or unbelievably cynical.

No better evidence exists than the policies that led to the so-called Islamic State and President Barack Obama's response to it.

Let's begin with March 2003. President George W. Bush, citing imaginary weapons of mass destruction and Saddam Hussein's fictitious connection to al-Qaeda's 9/11 attacks, sent the military to invade Iraq, overthrow the government, and occupy the country. Saddam's regime was secular, but he was a Sunni Muslim and the majority Shi'ites were especially oppressed under his dictatorship. With Saddam gone, the Shi'ites have dominated, and the emerging successor regime predictably moved close to Iran, the large Persian Shi'ite country next door.

The 'Great Game' Moves On