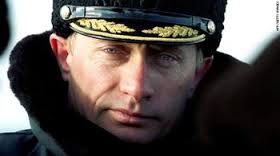 Compare Putin to the corrupt war criminal in the White House or to his puppets in office in Germany, UK, France, Japan, Canada, Australia, and you will see the difference between a criminal clique and a leader striving for a humane and livable world in which the interests of all peoples are respected.

In a sane Western society, Putin's statements would have been reproduced in full and discussions organized with remarks from experts such as Stephen F. Cohen. Choruses of approval would have been heard on television and read in the print media. But, of course, nothing like this is possible in a country whose rulers claim that it is the "exceptional" and "indispensable" country with an extra-legal right to hegemony over the world. As far as Washington and its prostitute media, named "presstitutes" by the trends specialist Gerald Celente, are concerned, no country counts except Washington. "You are with us or against us," which means "you are our vassals or our enemies." This means that Washington has declared Russia, China, India, Brazil and other parts of South America, Iran, and South Africa to be enemies.

This is a big chunk of the world for a bankrupt country, hated by its vassal populations and many of its own subjects, that has not won a war since it defeated tiny Japan in 1945 by using nuclear weapons, the only use of such terrible weapons in world history.