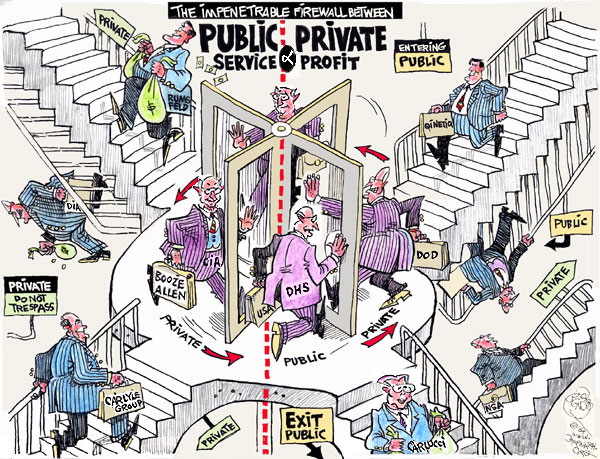 WASHINGTON — The Army's $5 billion intelligence network has largely failed in its promise to make crucial data easily accessible to soldiers and analysts in the field. But for a select group of companies and individuals, the system has been a bonanza.

Designed to provide a common intelligence picture from the Pentagon to the farthest reaches of Afghanistan, the Distributed Common Ground System has proven crash-prone, unwieldy and "not survivable," in the words of one memorable 2012 testing report.

Meanwhile, the defense companies that designed and built it continue to win multi-million-dollar intelligence contracts. And a revolving door has spun between those and the military commands that continue to fund the system, records show.

Several people who worked in key roles in Army intelligence left for top jobs at those companies. In the world of government contracting, that's not illegal or entirely uncommon, but critics say it perpetuates a culture of failure.

"The Defense Department and the Army are not going with companies that have proven solutions," said GOP Rep. Duncan Hunter of California, a critic of DCGS-A who serves on the House Armed Services subcommittee on intelligence. "What they are going with are people who know government and the government acquisition process."