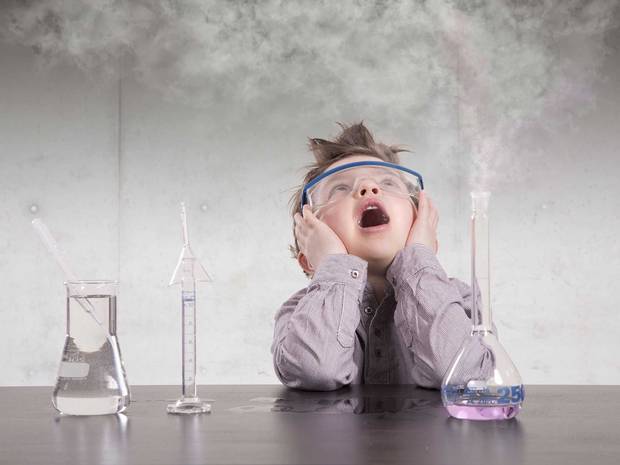 It sounds like something out of a film, but scientists may have discovered a way to make you smarter – by reverting the brain to a "plastic" child-like state.

Researchers at Stanford University experimented by interfering with PirB, a protein expressed in animal brain cells that allows skills to be recalled but which also hampers the ability to learn new skills, and realised they could disrupt the receptor's regular function, allowing the brain to make faster connections.

By doing so, Professor Carla Shatz and her colleagues, Dr. David Bochner and Richard Sapp, found that their test subjects – animals – were better able to adapt to using only one eye, compared to animals that did not have the PirB molecule supressed.

In repressing the protein to a "plastic" state – which is a technical term that implies the ability to adapt to new conditions – Professor Shatz saw that at least one part of the brain became more malleable and could more easily recover from damage, rewire itself and learn new skills - in effect making a person smarter.

1 Comments in Response to A pill to make you smart?

Somebody has been reading Isaac Asimov's sci-fi book, Pebble in the Sky. From the book...

Shekt's eyes twinkled. "Well, then, to stick to descriptive matter only, it is simply a device intended to increase the learning capacity of a human being."

"Of a human being? Really! And does it work?"

"I wish we knew. Much more work is necessary. I'll give you the essentials, Procurator, and you can judge for yourself. The nervous system in man--and in animals--is composed of neuroprotein material. Such material consists of huge molecules in very precarious electrical balance. The slightest stimulus will upset one, which will right itself by upsetting the next, which will repeat the process, until the brain is reached. The brain itself is an immense grouping of similar molecules which are connected among themselves in all possible ways. Since there are something like ten to the twentieth power--that is, a one with twenty zeros after it--such neuroproteins in the brain, the number of possible combinations are of the order of factorial ten to the twentieth power. This is a number so large that if all the electrons and protons in the universe were made universes themselves, and all the electrons and protons in all of these new universes again made universes, then all the electrons and protons in all the universes so created would still be nothing in comparison....Do you follow me?"

"Not a word, thank the Stars. If I even attempted to, I should bark like a dog for sheer pain of the intellect."

"Hmp. Well, in any case, what we call nerve impulses are merely the progressive electronic unbalance that proceeds along the nerves to the brain and then from the brain back along the nerves. Do you get that?"

"Well, blessings on you for a genius, then. As long as this impulse continues along a nerve cell, it proceeds at a rapid rate, since the neuroproteins are practically in contact. However, nerve cells are limited in extent, and between each nerve cell and the next is a very thin partition of non-nervous tissue. In other words, two adjoining nerve cells do not actually connect with each other."

"Ah," said Ennius, "and the nervous impulse must jump the barrier."

"Exactly! The partition drops the strength of the impulse and slows the speed of its transmission according to the square of the width thereof. This holds for the brain as well. But imagine, now, if some means could be found to lower the dialectric constant of this partition between the cells."

"The insulating strength of the partition. That's all I mean. If that were decreased, the impulse would jump the gap more easily. You would think faster and learn faster."