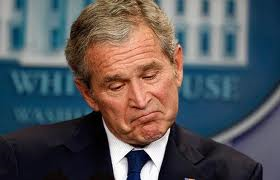 Levin will introduce a letter he received from CIA Director John Brennan, declassifying for the first time some details of a March 2003 CIA cable warning the Bush administration against references to the allegation that Mohammad Atta, the leader of the 9/11 hijackers, had met before the attacks in Prague, Czech Republic, with an Iraqi intelligence officer. He also introduced a translated excerpt from a book by the former head of Czech counterintelligence, describing U.S. pressure to confirm that the meeting took place. In fact, no such meeting occurred. And he called on Brennan to fully declassify the CIA cable.

Following is Levin's Senate floor speech on the matter, as prepared for delivery: Mr. President, I want to speak for a few moments about one of the most significant events in my 36 years as United States Senator, the war in Iraq.

I want to speak about important historical records crucial to our understanding of why we went to war against Iraq in 2003. I want to enter into the public record recent revelations not yet made public. And I make one more public call for a key document to be made fully public. I will begin by renewing a request to the Director of the Central Intelligence Agency, John Brennan.