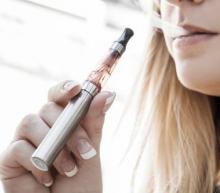 According to the study, less youngsters are taking up cigarette smoking than any other time in the recent past, yet a large portion of them are inhaling e-cigarettes. The National Institute on Drug Abuse (NIDA) had led the study, scrutinizing the Future Survey, to gauge the drug level among teenagers. The research association has launched the 2014 version on Tuesday. As indicated by the version, the analysts have discovered reduction in alcohol use, opiod and doctor prescribed drug.

The current year's study was the first when the association included questions linked to called e-cigarettes. Thus, the scientists couldn't find how stridently the use of the electronic cigarette among teenagers has increased. The study had included more than 41,000 students from around 377 public and non-public schools.

As per a few specialists, the use of e-cigarettes among teenagers has risen in recent years. Teens utilize these gadgets as a substitute of cigarette smoking. They feel that the gadget does not cause damage like tobacco and other cigarettes, which is not right, the specialists said.

Electronic cigarettes have become extensively available in the country in the past few years. The gadget has picked up a toehold on store shelves beside other precuts that individuals breathe in. E-cigarettes don't contain tobacco like customary cigarettes and cigars.

Previously, the Food and Drug Administration (FDA) had proposed a draft set of regulations administering the sale of e-cigarettes under the Tobacco Control Act. These regulations will ban the sale of the gadget to minors.