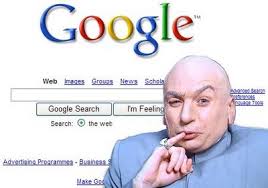 What happens when a dynamic company, started by a couple of idealistic friends in grad school, succeeds so wildly that it becomes a mega-corporation that pervades the lives of hundreds of millions? In imperial America, it would seem, it eventually becomes corrupted, even captured. Tragically, that seems to be the unfolding story of Google.

By being the first dot-com to really get the search engine right, Google unlocked the nascent power of the internet, greatly liberating the individual. It is easy to take for granted and forget how revolutionary the advent of "Just Google it" was for the life of the mind. Suddenly, specific, useful knowledge could be had on most any topic in seconds with just a quick flurry of fingers on a keyboard.

This was a tremendous boost for alternative voices on the internet. It made it extremely easy to bypass the establishment gatekeepers of ideas and information. For example, I remember in the mid-2000s using Google to satisfy my curiosity about this "libertarianism" thing I had heard about, since the newspapers and magazines I was reading were quite useless for this purpose. In 2007, by then an avid libertarian, I remember walking through the campus of my former school UC Berkeley, seeing "Google Ron Paul" written in chalk on the ground, and rejoicing to think that hundreds of Cal students were doing just that. A big part of why today's anti-war movement is more than a handful of Code Pink types, and the libertarian movement is more than a handful of zine subscribers, is that millions "Googled Ron Paul."

Google and the Security State

In its early years, Google, ensconced in Silicon Valley, seemed to blissfully ignore Washington, D.C. It didn't have a single lobbyist until 2003. Partly out of the necessity of defending itself against government threats, it gradually became ever more entangled with the Feds. By 2012, as The Washington Post reported, it had become the country's second-largest corporate spender on lobbying.

And now, as Julian Assange of Wikileaks details, Google has become incredibly intimate with the White House, the State Department, the Pentagon, and the US intelligence community. As The Wall Street Journal recently reported, Google employees have visited the Obama White House to meet with senior officials on average about once a week.

As Assange also discusses, Google has become a major defense and intelligence contractor. And a recently leaked series of friendly emails between Google executives (including Eric Schmidt) and the NSA (including Director Gen. Keith Alexander) indicates that Google's allegedly "unwilling" participation in the government's mass surveillance program (revealed by Edward Snowden) may not have been so unwilling after all.

In one email, Gen. Alexander referred to Google as "a key member of the Defense Industrial Base": security state newspeak for the Military Industrial Complex.

In 2013, Google even went so far as to enlist in the Obama Administration's campaign to drum up public support for an air war against Syria. As Assange wrote:

"On September 10, Google lent its front page?—?the most popular on the internet?—?to the war effort, inserting a line below the search box reading "Live! Secretary Kerry answers questions on Syria. Today via Hangout at 2pm E.T."