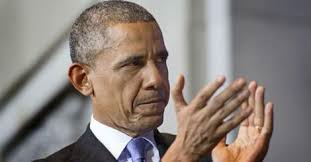 While the Obama Regime can't openly or legally take away Americans' right to bear arms, through stealth tactics, using its willing accomplices in crony corporatism to put the squeeze on the supply chain to the Second Amendment, gun shops and gun manufacturers, or buying up all the ammo themselves, is their underhanded, "progressive" way to accomplish the same goal.

When American Gun & Pawn of Brooksville, Florida, received the following letter from SunTrust Bank, they were shocked and outraged:

As you can see, the fascist letter from SunTrust Bank informs the gun shop that they will no longer be serving them (it's a good thing they aren't a pizzeria in Indiana!), and that they must quickly close all of their accounts, or the bullying bank will close them if the customer doesn't by the deadline.

Now the bank isn't honest enough to say in the letter the real reason that they're using Nazi-like tactics, forcing the closure because their customer happens to be a gun shop, they use flowery and vague, politically-correct sophistry in one of the worst "Dear John" letters of all time.

I decided to follow up on this story and find it inaccurate. I spoke with and received a follow-up email from Michael McCoy at Suntrust Bank who wrote me, “Thanks for your call, J. Neil. As promised, below is our statement as well as a link to our announcement last August. “Any suggestion that this is a firearms issue is inaccurate. SunTrust fully supports all of the rights that Americans are granted under the Constitution, and we continue to maintain banking relationships with licensed firearms dealers. However, we have decided to discontinue banking relationships with pawn businesses.” “Thank you for allowing me to clarify this matter.” SunTrust Statement on Certain Account Closures