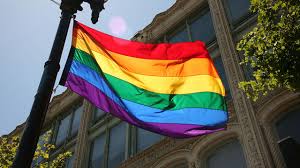 Both have since amended their religious freedom legislation to clarify that it does not authorize businesses to discriminate against gay, lesbian and transgender individuals.

The swift and overwhelming backlash that helped modify the religious freedom bills – spurred in particular by tech and business leaders – revealed a new front in the broader US culture wars over LGBT rights. Even as marriage equality emerges a winner in the national battle, other hard-won LGBT rights are being attacked under the guise of religious liberty.

Measures resembling those in Indiana and Arkansas have multiplied across the country – and the majority have garnered less attention. Twelve states besides Arkansas and Indiana have proposed religious freedom laws over the past year. The bills failed to pass in five states, but are still pending in seven.

The timing of religious freedom laws' renewed popularity – just before the US supreme court is poised to rule same-sex marriage the law of the land – is no coincidence.

"It's all about marriage," Barney Frank, the former Massachusetts representative who was the first openly gay member of Congress, told the Guardian. "There were a number of states where they never had to worry about same-sex marriage, because they knew they were never going to pass it. And then the appeals court and supreme court ruled and now they have to confront the reality of same-sex marriage in their states."

Proponents of religious liberty have sought political cover under the federal Religious Freedom Restoration Act, which was authored by New York senator Chuck Schumer and signed into law in 1993 by Bill Clinton. Both Schumer and Clinton are now supporters of same-sex marriage.

But the modern wave of religious freedom laws differ dramatically in both scope and context from their predecessors.