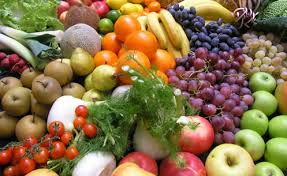 It's a modern-day conundrum: How can the United States waste 70 billion pounds of food every year when 50 billion people worldwide go hungry?

It is estimated that every year, 35 million pounds of edible produce is dumped at the border between Nogales and Arizona before entering the United States. With just a minor blemish or scuff, a grand amount of nutritious food fails to pass strict inspections. But once discarded, the heap of fresh food is left to be tossed into landfills, rather than distributed to the hungry.

Obviously this is a huge waste, and Borderlands Food Bank, based in Arizona, agrees. The organization has declared it its mission to rescue some of this food and redirect it to families in need.

Their efforts are saving an estimated 35-40 million pounds of perfectly good, safe produce each year that would have otherwise been thrown in the trash. To offer some perspective, this amount of food equates to one serving of produce for every child in the United States.

Borderlands Food Bank started out like any other organization: its purpose was to support families in need of food. They distributed pre-packaged, non-perishable items and provided the much-needed nourishment to families in need. But when Yolanda Soto came on as executive director 20 years ago, "she was aghast at the amount of rejected produce saturating the local landfill, especially given the great need of people in the region," according to NPR.

Most of the food rejected at the border is reported to be quite safe and edible – even the fruits and vegetables which display minor imperfections. Unfortunately, superficial marks like scuffs and bruising are enough for pieces to be discarded.

Soto stated, "We are crazy… The waste is enormous, and it's just not right."

Challenged to change this disastrous waste, the activist began to reach out to local distribution warehouses, asking them to offer rejected produce to Borderlands before sending it into the trash.

Arizona Audit: 74,243 Mail-In Ballots Returned with 'No Clear Record of Them Being Sent'

'NO TRESPASSING' – Lawmaker Says Vaccine Harassers Can Be Charged