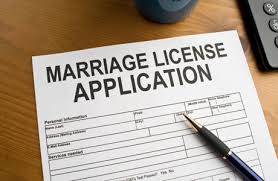 Alabama has been the state most willing to punch back against federal courts on the question of same-sex marriage.

Ahead of a U.S. Supreme Court decision that could nationalize the practice, lawmakers there are looking at more of a bob-and-weave strategy.

A Senate committee approved a bill Wednesday that would get rid of the license requirement for couples seeking to marry.

Although the bill does not explicitly address the issue, Sen. Greg Albritton, R-Range, the bill's sponsor, told Senate Judiciary Committee members that the bill was a reaction to the standoff between a federal court and the Alabama Supreme Court over the legal status of same-sex marriage. Albritton described it as a way of "bringing order out of chaos."

"It does not change standing law in Alabama, whatever the law may be," Albritton said. "If the law should change in another couple of months or stand, the procedure is the same."

One conservative school of thought is that government should get out of the marriage game altogether. We'll see if this catches on.