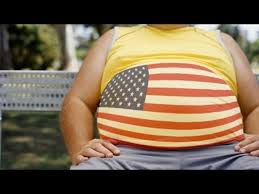 According to Gallup, America is now fatter than it has ever been before.  But how can this possibly be?

After all, Americans spend an astounding 60 billion dollars a yearon weight loss programs and products.  After putting so much time, effort and energy into losing weight, shouldn't we be some of the healthiest people on the entire planet?  Sadly, the truth is that obesity has become a national epidemic, and we are known around the globe for our huge size.  The term "fat Americans" has become synonymous with overweight tourists, and other cultures mock us for our apparent sloth.  But could there be more to this than just the fact that we eat too much?  Could it be possible that we have been fattened up by design?

Before we get to that, let's take a look at some of the cold, hard numbers.  The following are some of the statistics from the Gallup survey that I mentioned above…

-At 19.0 percent, Hawaii has the lowest rate of obesity in the entire country.

-At 35.2 percent, Mississippi has the highest rate of obesity in the entire country.

And remember, those numbers just cover obesity.  You can definitely be overweight without meeting the official criteria for being "obese".  According to CNN, 70 percentof all Americans are overweight at this point.  To say that we have a national crisis on our hands is a huge understatement.

One of the primary reasons why most of us are overweight is due to how our food is made.  The American diet is highly processed and it is absolutely packed with obesity-causing ingredients such as sugar and high fructose corn syrup.  And it is well documented that some of the additives that they put into our food are highly addictive and actually make you want to eat more.  In fact, it has been reported that some of the additives are about as addictive as "opiates", "heroin" and "cocaine".  The big food corporations want us to eat as much as possible, because when we eat more of their food they make more money.