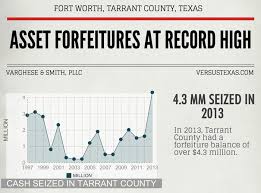 Efforts to limit seizures of money, homes and other property from people who may never be convicted of a crime are stalling out amid a wave of pressure from prosecutors and police.

Their effort, at least at the state level, appears to be working. At least a dozen states considered bills restricting or even abolishing forfeiture that isn't accompanied by a conviction or gives law enforcement less control over forfeited proceeds. But most measures failed to pass.

The fact that civil asset forfeiture continues to exist across the American landscape despite outrage and considerable media attention, is as good an example as any as to how far fallen and uncivilized our so-called "society" has become. It also proves the point demonstrated in a Princeton University study that the U.S. is not a democracy, and the desires of the people have no impact on how the country is governed.

Civil asset forfeiture was first highlighted on these pages in the 2013 post, Why You Should Never, Ever Drive Through Tenaha, Texas, in which I explained:

In a nutshell, civil forfeiture is the practice of confiscating items from people, ranging from cash, cars, even homes based on no criminal conviction or charges, merely suspicion. This practice first became widespread for use against pirates, as a way to take possession of contraband goods despite the fact that the ships' owners in many cases were located thousands of miles away and couldn't easily be prosecuted. As is often the case, what starts out reasonable becomes a gigantic organized crime ring of criminality, particularly in a society where the rule of law no longer exists for the "elite," yet anything goes when it comes to pillaging the average citizen.