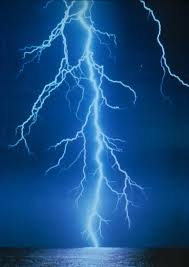 Lightning dart across the sky in a flash. And even though we can use lightning rods to increase the probability of it striking at a specific location, its exact path remains unpredictable. At a smaller scale, discharges between two electrodes behave in the same manner, streaking through space to create electric arcs where only the start and end points are fixed. How then can we control the current so that it follows a predetermined path? Professor Roberto Morandotti and his colleagues have discovered a way to guide electric discharges--and even steer them around obstacles--through the clever use of lasers. This scientific breakthrough was published on June 19, 2015, in Science Advances.

Using the Advanced Laser Light Source (ALLS) facility, researchers from the INRS Énergie Matériaux Télécommunications research centre tackled this challenge, which had previously been the subject of intensive research, particularly in the 1970s.

Electric arcs have long been used in such technologies as combustion engines, pollution control applications, lighting, machining and micromachining. Potential applications could multiply with the ability to precisely control the path they take. A first step in this direction has been made and research into the new possibilities and parameters for guiding electric arcs promises to spark researchers' creativity.

Recent scientific and technical advances, as well as the ingenuity of Professor Morandotti's team (particularly researcher Matteo Clerici, a postdoctoral fellow with the research group at the time of the experiments), set the stage for this spectacular demonstration, where we see an electric charge follow a smooth path along a straight or parabolic trajectory.