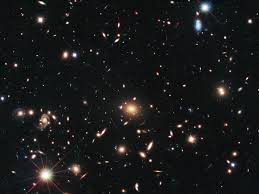 You may think your 4th of July fireworks are something special, but they pale in comparison to the high-energy pyrotechnics expected to occur in early 2018, as a stellar remnant roughly the same size as a city encounters one of our galaxy's brightest stars.

As David Thompson, a deputy project scientist stationed at the Goddard Space Flight Center in Greenbelt, Maryland, and his colleagues explained recently in the Monthly Notices of the Royal Astronomical Society, the encounter is expected to put on a rather memorable light show.

In fact, scientists are already in the process of organizing a global campaign to watch the event, which will involve a pulsar known as J2032+4127 swinging by its massive companion star, and will include everything from radio wavelengths to the highest-energy gamma rays detectable, the space agency said.

Pulsars make for quite the show

The pulsar, called J2032 for short, is the crushed core of a massive star that went supernova. The highly-magnetized object weighs almost twice as much as the sun and is approximately 12 miles across, NASA explained, and it spins seven times per second. It was discovered in 2009 by a team of researchers at the University of Manchester in the UK.

As they kept tabs on it from 2010 through 2014, physics professor Andrew Lyne said that his team "detected strange variations in the rotation and the rate at which the rotation slows down, behavior we have not seen in any other isolated pulsar. Ultimately, we realized these peculiarities were caused by motion around another star, making this the longest-period binary system containing a radio pulsar."

Russia to Build Its Own Orbiting Space Station, Abandon ISS