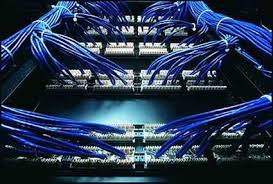 The US has a big and rather complicated internet speed problem. Its broadband infrastructure is woefully behind in speed and price compared to a broad swath of other countries, and much of this has to do with its tenacious commitment to maintaining the status quo: that is, giving big telecommunications companies a lot of our money without being able to demand a fair amount in return.

But here's a change: 101 cities are have agreed to band together to bring their residents gigabit-speed internet connections, even if they have to build it themselves. They're part of the Next Century Cities coalition, which promises to help cities make sense of how to tackle the mess of making all this possible. The coalition took shape last October with an inaugural 32 members after the FCC decided that cities can build their own broadband networks despite some states' efforts to ban or restrict municipal internet services.

"Since launching Next Century Cities in October, we've seen incredible demand from cities looking to lead the conversation about the crucial role next-generation Internet plays in helping communities thrive," Deb Socia, executive director for Next Century Cities, said in a statement.

The coalition wouldn't just lay down the infrastructure, but also bargain with federal and state authorities to modify existing laws to make network regulations fairer to citizens. Their agenda also has something of a populist bent: the coalition wants to anchor networks in churches and schools, become a hot topic for activists, and in general give more fair and transparent access to better internet speeds to underserved communities.

Obviously, the cities involved will have to jump a lot of hurdles and fight companies with much deeper pockets to make the endgame a reality. Telecom companies already have strong presences in major cities (with no real competition between them; one provider usually dominates a city) and it'll continue to stay this way so long as the infrastructure continues to stay in those companies' hands.

Not only that, but it'll be physically hard to get all the right materials in place. The US isn't densely packed, meaning that it'll take significant investments to bring fiber speeds out to rural areas. Compare that to South Korea, which still holds the status for highest average internet speed in the world. The country has embraced infrastructure sharing and doesn't face the same density problem the US has—cables can just snake up high-rises rather than trail miles down country paths.