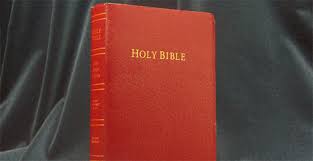 The man, Bradley LaShawn Fowler, claims the publishers, Zondervan and Thomas Nelson, have manipulated scripture with the use of the term "homosexuals" in certain revised editions of the Bible.

"Fowler alleges that the term homosexual was deleted in later versions by Zondervan but in their 1982 and 1987 translations the publisher uses the term in First Corinthians 6:9 incorrectly," Liberty Voice reported. "The older King James Version, from which his family pastor preaches, has caused him to be cast away by his family for its use of the word homosexual."

"As a result of suffering 20 years of mental instability and emotional duress, Fowler is suing $60 million from Zondervan and $10 million from Thomas Nelson Publishing."

"We only publish credible translations produced by credible biblical scholars."