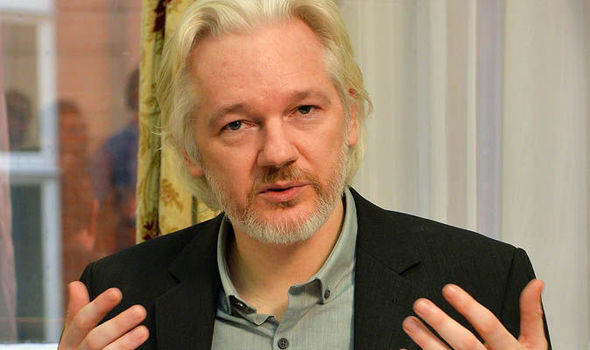 The controversial Wikileaks founder is so fearful that someone will try to take his life that he no longer uses the property's balcony, despite having had no fresh air or sunlight for THREE YEARS.

The Australian faces extradition to Sweden on sexual assault charges - which he denies - and has been living at the central London diplomatic residence since 2012, at a cost of £12million to UK taxpayers.

The reclusive figure fears he will ultimately be sent to the US where he could face the death penalty.

In an interview with The Times magazine, Mr Assange claimed it had become too dangerous to even poke his head out the embassy's balcony doors.

He said: "There are security issues with being on the balcony.

"There have been bomb threats and assassination threats from various people."

Asked if he thought there was a chance he would be shot, the 44-year-old replied that it was "not likely".