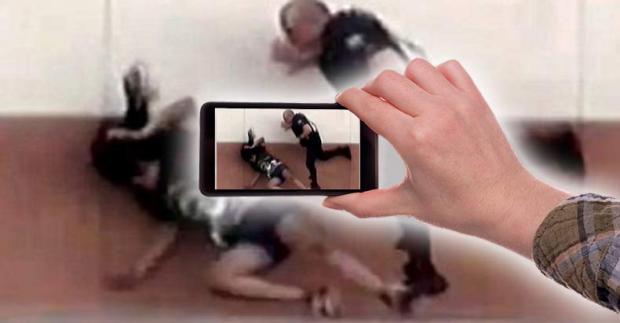 According to recent statistics, the number of cellphones in the hands of Americans has been rising steadily every year. It is estimated that 182.6 million Americans will own a smartphone in 2015, an increase from 163.9 million in the previous year.

182 million smartphones means that nearly every adult in the country has a camera in their pocket.

Since the increase in smartphones, there has also been an increase in police brutality videos. This increase in videos led to the question of whether brutality is on the rise or merely that the frequency of filming the instances has risen.

While the answer to this question is up for debate, one thing is certain — the number of police brutality allegations being substantiated by video has increased.

New York's Civilian Complaint Review Board is an independent agency that is empowered to receive, investigate, mediate, hear, make findings, and recommend action on complaints against New York City police officers. According to the CCRB, nearly half (45%) of all claims of brutality and excessive force of NYPD cops have been substantiated by video in the first six months of 2015.

1 Comments in Response to The Power of Filming Cops...

Police brutality is becoming so prevalent that, soon people are going to welcome lack of privacy, just so that everybody knows from the abundant videos that they were unjustly accused and beaten by the cops.