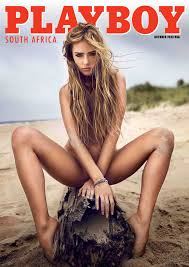 When I heard the news, I immediately wondered what the great economist Joseph Schumpeter would have made of it. Schumpeter, who famously sought to become the world's greatest economist, lover, and horseman — and admitted to failure only when it came to horses — would surely have followed the news from Playboy with interest.

But Schumpeter's interest would have been as professional as it was prurient. As Michael Miller reports in the Washington Post,