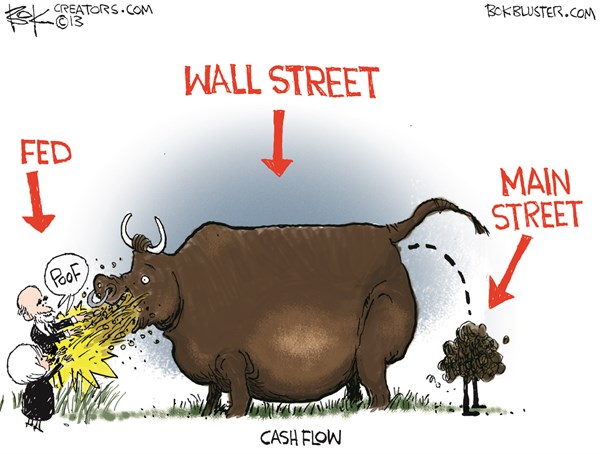 Fifteen of the biggest players in the $14 trillion market for credit insurance are also the referees.

Firms such as JPMorgan Chase & Co. and Goldman Sachs Group Inc. wrote the rules, are the dominant buyers and sellers and, ultimately, help decide winners and losers.

Has a country such as Argentina paid what it owes? Has a company like Caesars Entertainment Corp. kept up with its bills? When the question comes up, the 15 firms meet on a conference call to decide whether a default has triggered a payout of the bond insurance, called a credit-default swap. Investors use CDS to protect themselves from missed debt payments or profit from them.

Once the 15 firms decide that a default has taken place, they effectively determine how much money will change hands.

And now, seven years after the financial crisis first brought CDS to widespread attention, pressure is growing inside and outside what's called the determinations committee to tackle conflicts of interest, according to interviews with three dozen people with direct knowledge of the panel's functioning who asked that their names not be used. Scandals that exposed how bank traders rigged key interest rates and fixed currency values have given ammunition to those who say CDS may also be susceptible to collusion or, worse, outright manipulation.

The Feds Cook the Books Once Again