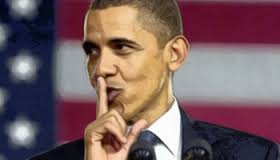 (NaturalNews) They call him "No Drama Obama" and "Mr. Cool" for his low-key, low-volume demeanor. But when it comes to chipping away at a fundamental American right, the president gets downright emotional.

During a Jan. 5 press conference to both announce new constitutionally questionable executive gun control actions and to defend them, the president went all out in creating just the right atmosphere. It was quite the political theater.

He invited, then acknowledged, victims of gun violence.

As reported by Politico, in invoked seemingly rational but impossible-to-prove generalities:

Despite the "general consensus" for what needs to be done, and support from many gun owners, Obama acknowledged gridlock.

He shamed his detractors and impugned their motives by claiming that his are being impugned (this is how a Marxist describes legitimate political opposition to policy).

"I'm not on the ballot again. I'm not looking to score some points. I think we can disagree without impugning other people's motives or without being disagreeable," he said. "But we do have to feel a sense of urgency about it. In Dr. King's words, we need to feel the 'fierce urgency of now.' Because people are dying. And the constant excuses for inaction no longer do, no longer suffice. That's why we're here today. Not to debate the last mass shooting, but to do something to try to prevent the next one."