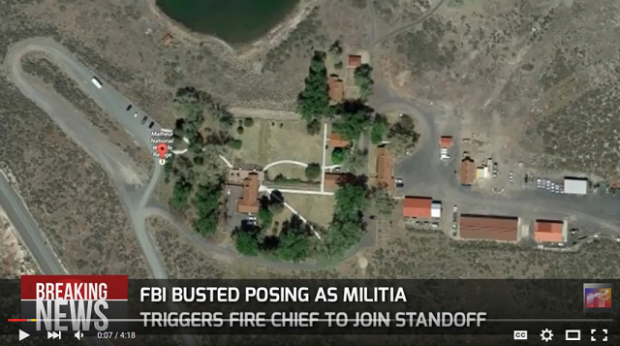 Chris Briels, the Harney County Fire Marshall, resigned his office after he exposed FBI agents pretending to be Militia.

In a statement to Nevada Assemblywoman Michele Fiore, Briels revealed that the Sheriff's office, and Judge Steve Grasty, engaged in a whisper campaign, spreading lies and falsehoods to the community that the militia has been following and harassing people. It turns out it was allegedly the FBI who was doing the harassing.

Local KATU news was on the scene.

Chris Briels, was the Burns Fire Chief from 1984 to 2006. When he retired in 2006 Harney county asked him to stay on as the county Fire Marshall.

The resignation was triggered when Briels saw what he thought was Militia poking around the county Armory. He followed the suspects and pulled them over. It was then, According to Briels, he discovered the men, who were posing as Militia, were actually the FBI.

These are extremely damning allegations coming from a top official from within the inner circle of the Harney County authorities, and shows the lengths the FBI and local officials will go to deceive the public to protect their own interests.

What will happen next is anyone's guess, as for right now, the Bundy Militia just scored huge against the Federal Government, and Harney County Officials.