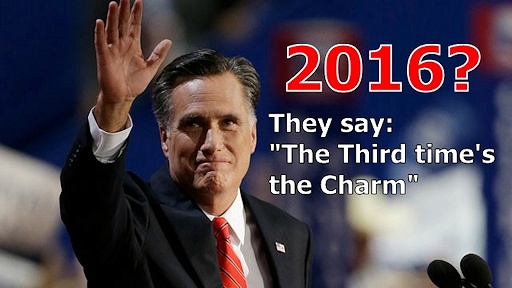 As my grandma says, that's called LYING.  People who lie are called LIARS.

Look at the banks in his filing on page 4 (see link).  Do you think those of us in the 99% could also get accounts at the Bank of Georgetown or Chain Bridge Bank in McLean, VA?  (Hmmm.. McLean, VA... for those who knows what else is in McLean.)

More on the "consulting firm" , "Redcurve" who is helping him.

"Romney for President, Inc." has their mail going to a company called Red Curve Solutions, LLC (located in Beverly, MA).

Here's an article from 2012 about Romney and Red Curve Solutions, excerpted:

BEVERLY — A company based in Beverly is quietly playing a supporting role in Mitt Romney's campaign for president.  Red Curve Solutions had been paid nearly $500,000 in consulting fees through October by the Romney for President campaign, according to campaign finance records.  Red Curve Solutions was founded in 2008 by Bradley Crate, a Beverly resident who worked in Gov. Romney's administration and helped run his previous campaigns for governor and president.

[Bradley] Crate, who declined to be interviewed for this story, is the brother of Darrell Crate, who is listed as treasurer of both the Romney for President campaign and Free and Strong America, a political action committee that supports Romney. Free and Strong America had paid Red Curve Solutions $95,200 in consulting fees through June, according to campaign finance records.  Darrell Crate is the former chairman of the Massachusetts Republican Party and the former chief financial officer at Affiliated Managers Group, a Beverly company run by Sean Healey. Healey's wife, Kerry Healey, was Romney's lieutenant governor.