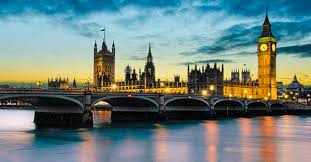 The longer-term effects of Brexit are … likely to be adverse. Most studies suggest that economic growth would suffer. A detailed analysis from the Bank of England in October found that EU membership had benefited the British economy. Attempts to model the consequences of Brexit point to economic damage. Two American banks, Goldman Sachs and Citigroup, recently warned that growth and the pound would fall further after a vote to leave the EU.  – Economist

As we can see, above, a recent Economist analysis of Britain's leave-taking from the EU – Brexit –  indicates a variety of negative consequences.

This is generally the tenor of the mainstream media in Britain, one of alarmism tinged with negativity.

The tone probably won't change but a recent poll is certainly deepening tensions.

In what has been called "a huge boost"  for Brexit forces, a recent Daily Telegraph poll has revealed that pro-Brexit forces have gained a seven-point lead. The poll shows the numbers at a deadlock, but when actual voters are considered, pro-Brexit forces win by 52 per cent to 45 per cent.

The new poll has stoked concerns that a variety of pressures and "scaremongering" tactics aimed at pro-Brexit forces will be expanded. From an EU referendum article:

Brian Monteith of the Leave. EU campaign said: "The last 100 days of campaigning have already told us what the final 100 days will be like … Downing Street and the self-interested banks and corporations will try every trick in the book … [to] deceive the British public.

London's City, Britain's financial engine, is very obviously invested both psychologically and financially in the EU.

In fact, when considering what may be done to resolve them, we've come up with a "Brexit trade." More on that in a moment.

Last year the Bank of England "accidentally" leaked a confidential internal study to The Guardian over Britain's future in the EU and the impact of Brexit.

When Bank of England Governor Mark Carney claimed in recent testimony that Brexit could severely harm the British economy, anti-EU legislators called his remarks "unacceptable" and asked for his resignation.

But "Project Fear," as anti-Brexit forces call it, remains ongoing.

Prime Minister David Cameron recently released a video warning that a pro-Brexit vote would have a negative impact on markets and real estate values.

A pro-Brexit vote would collapse the value of the pound by 14-20 percent, according to Goldman Sachs economists.

Morgan Stanley has suggested that British stocks could lose up to 20 percent of their value with an EU exit.

Financial firms like HSBC have suggested that jobs could move out of the City to countries like France if Britain takes its leave from the EU.

It could be that Britain will face a series of financial difficulties if pro-Brexit forces seem to be gaining the upper hand.

There are historical precedents stretching back several centuries to when US President Andrew Jackson took aim at America's second central bank.

When President Andrew Jackson made it clear that he was going to shut down the central bank, its head, Nicholas Biddle, fought back by threatening to contract the money supply.

When he actually did so, Congress convened a special Panic Session. Eventually, Jackson won the battle to shut down the bank and the US did without a central bank until 1913, when the Federal Reserve came into being.

It sounds fairly absurd to suggest the Bank of England and proponents of the EU within London's square mile financial City would take aim at Britain's economy in order to remove the threat of Brexit.

And yet reading between the lines, the warnings seem clear enough.

During his recent testimony Bank of England governor Mark Carney stated forthrightly that London Mayor Boris Johnson's decision to back Brexit cause the pound to slump in February to seven year lows.