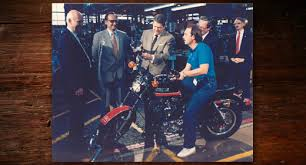 The impact of Mr. Reagan's action, which followed the unanimous recommendation of his trade advisers, is effectively limited to Japanese manufacturers, which dominate every sector of the American motorycycle market.

The action was exceptional for protecting a single American company, the Harley-Davidson Motor Company of Milwaukee, the sole surviving American maker of motorcycles.

The only comparable trade action by this Administration, the President's decision last May to impose quotas on sugar imports for the first time since 1974, was aimed at an entire industry.

''We're delighted,'' said Vaughn L. Beals, Harley-Davidson's chairman. ''It will give us time that we might otherwise not have had to make manufacturing improvements and bring out new products.''

But it brought angry reaction today from Japanese officials and a threat to file unfair-trade charges against the United States in Geneva.