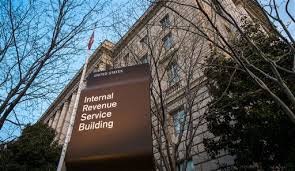 Since their release last week, the Panama Papers have rocked virtually every government and politician's world. With over 11.5 million documents stolen and leaked, media organizations have been scrounging to find stories on Americans; while mainstream media has relayed that foreign governments and leaders are involved, there has only been massing mention of American citizens who have hidden their funds offshore.

Curiously, at the peak of the scandal, the IRS headquarters endured a fire in the basement of their headquarters in Washington, D.C. This ultimately led to the closure of headquarters for over a week.

According to the Associated Press, "the agency said in a news release Tuesday that Monday afternoon's fire affected the air handling system. No one was hurt in the fire…Officials say tax returns are not processed at headquarters; taxpayers should continue to file their returns."

The coincidental timing is being deemed as too coincidental, according to some critics. Speculations of the fire being an inside job, created for the sole purpose of destroying records, have spread rapidly. This would indicate possible evidence that could be used to implicate specific individuals in the Panama Paper scandals would be nonexistent anymore.