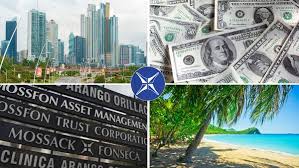 Never in the history of humankind has it been impossible to create an anonymous legal entity.

But now it will be. And this doesn't seem to be a momentous event to the world's mainstream media which is reporting on the story as if it has to do with tax evasion.

The larger issue is that a handful of elected and unelected bureaucrats have decided that YOU – a person, a businessman, an investor – have no right to set up a corporation without publicly affixing your name to it.

And just in case you have second thoughts about that, "tax havens" around the world will be pressured to cooperate with "Britain and its allies" who intend to deal a "hammerblow" to tax evasion.

The US must be seen as part of this allied charge as the "U.S. Treasury is Finalizing Rule to Combat Tax Evasion," according to the LawyerHerald.

U.S. Treasury Secretary announced support on restraining tax evasion during his speech in the International Monetary and Financial Committee (IMFC) press conference at the IMF headquarter on Saturday. Secretary Lew said that the U.S. has planned a rule to combat shell companies.

Lew's statement corresponds to intentions voiced by Europe and Britain – and also by the Group of 20. The G20 issued a release calling on countries around the world and especially tax havens to voluntarily release information on corporate beneficial owners.

As well, the IMF seemed to indicate that it might take the lead on creating an international register of private companies that would reveal beneficial ownership.

In other words, countries would not allow the creation of anonymous companies.

To ensure that privacy was thoroughly penetrated, beneficial owners of such corporations – trusts, private corporations, shell companies – would be publicly listed in a way that might offer instant access via electronic communications.

The cascade of announcements occurred throughout last week in Washington DC where the IMF and World Bank were meeting with G20 officials.

The speed and gravity of the announcements certainly gives rise to the suspicion that they were pre-planned.

With Real Rates Rising is the Fed Preparing a Digital Dollar?

Finally. Proof that precious metals prices have been manipulated…