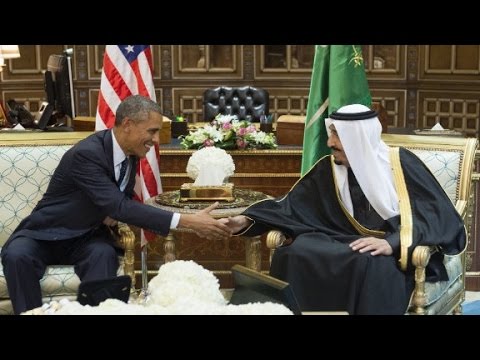 It's not totally clear what the bill's authors initially had in mind, but with the text explicitly started the liability under the act at 9/11/01, it is quite clear that the September 11 attacks in New York City are the big, obvious use of this bill, particularly since there aren't exactly a lot of major terror attacks within the US since then, lat alone ones in which foreign nations are implicated.

The bill puts a big target on Saudi Arabia's back, however, and the Saudis don't like that. Foreign Minister Adel Jubeir was reported to have informed administration officials on Sunday that, if the bill was allowed to pass, Saudi Arabia would immediately move to sell $750 billion in US treasury assets, an amount which would cause US interest rates to spike, badly damaging the US dollar and the American economy.

It was all the Saudis had to do, it seems, because by Monday the White House was talking about vetoing the bill to protect "taxpayers," and there was growing opposition within Congress, with Sen. Lindsey Graham (R – SC), a co-sponsor, putting a hold on the bill, citing concern that the bill would come back to "bite us."