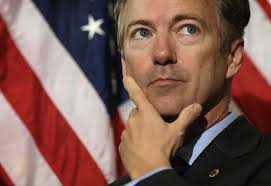 Sen. Rand Paul wants to use a defense policy bill to force the Senate to wade into a larger fight over declassifying 28 pages from a 2002 review of the 9/11 terror attacks.

The Kentucky Republican has filed an amendment to the National Defense Authorization Act (NDAA) to force the public release of the 28 secret pages, which could shed light on connections between the Saudi government and al Qaeda.

Paul's amendment comes weeks after the Senate unanimously approved legislation allowing the families of 9/11 victims to sue countries that supported perpetrators of the terrorist attacks.

While the White House is threatening to veto the bill, senators largely brushed aside any concern that the legislation could antagonize the U.S.-Saudi relationship.

"Look, if the Saudis did not participate in this terrorism, they have nothing to fear about going to court," Sen. Charles Schumer (D-N.Y.), expected to be the next Senate Democratic leader, said earlier this month. "If they did, they should be held accountable."

The pages were left out of the 2002 review, allegedly because they showed that senior officials within Saudi Arabia were complicit in the attacks.

Obama is under increasing pressure to declassify the 28 pages. A decision is expected in June.