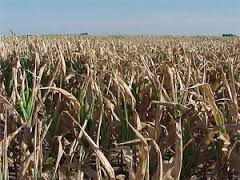 The US national security industry is planning for the impact of an unprecedented global food crisis lasting as long as a decade, according to reports by a government contractor.

The studies published by CNA Corporation in December 2015, unreported until now, describe a detailed simulation of a protracted global food crisis from 2020 to 2030.

The simulation, titled 'Food Chain Reaction', was a desktop gaming exercise involving the participation of 65 officials from the US, Europe, Africa, India, Brazil, and key multilateral and intergovernmental institutions.

The scenario for the 'Food Chain Reaction' simulation was created by experts brought in from the State Department, the World Bank, and agribusiness giant Cargill, along with independent specialists. CNA Corp's Institute for Public Research, which ran the simulation, primarily provides scientific research services for the Department of Homeland Security and the Federal Emergency Management Agency.

By 2024, the scenario saw global food prices spike by as much as 395 percent due to prolonged crop failures in key food basket regions, driven largely by climate change, oil price spikes, and confused responses from the international community.

The report notes that at the end of the simulation, the teams highlighted the important role of "extreme weather events" and "food insecurity" in exacerbating "instances of significant internal and external migration and social unrest." These, in turn, greatly "contribute to conflict."