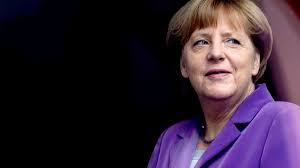 "You never let a serious crisis go to waste. And what I mean by that it's an opportunity to do things you think you could not do before."

Rahm Emanuel prophetic words were quickly put to use by Italy on Monday morning, which barely waited one full day before using Brexit as the scapegoat excuse to warn that a €40 billion bailout of Italian banks is coming.

As a reminder, on Monday morning the local media reported that Renzi's
government was pursuing a six-month waiver of EU state-aid rules,
allowing it to shore up banks without forcing investors to share losses. Two days ago, when we first reported of Italy's proposed bank rescue plan, we said that the chairman of Lower House's Finance Commission, Maurizio Bernardo, confirmed that the government is studying options to support the banking sector, including a capital injection, and said a law decree "with measures going in that direction" could be approved by the end of this week.

We pointed out that how such an intervention would be implemented was unclear; it was is also unclear how such a direct state recapitalization of Italian banks using public funds would be permitted by current EU and ECB regulations, which prohibit state bailouts of insolvent banks, although Europe has a long and illustrious history of finding massive loopholes to that particular prohibition. "Last but not least it is unclear how existing stakeholders, shareholders, bondholders and uninsured depositors, would be impaired under such a bailout."

Well, they wouldn't, despite Europe's recent implementation of bail-in rules. That was the whole point.

However, while Italy was hoping it would get a "pass" on using public funding, mostly Eurozone generated and thus courtesy of Germany, this appears to have hit a dead end moments ago, when Bloomberg reported that Germany opposes any attempt to shield private bank investors from losses if Italy pushes ahead with plans to recapitalize lenders. Chancellor Angela Merkel's government says that European Union rules on handling struggling banks should apply in any rescue effort, including forcing losses on shareholders and some creditors before public money can be injected, the person said, declining to be identified because the deliberations are private.

TESLA ORDERED BY GERMAN COURT TO STOP CUTTING DOWN A FOREST TO MAKE...