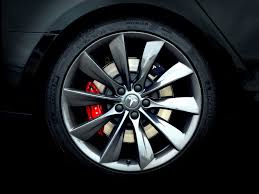 A fatal accident involving a Tesla Model S while in Autopilot mode occurred on May 7th in Williston, Florida.

The circumstances of which have cause the NHTSA – U.S. National Highway Traffic Safety Administration to announce today that it was opening a preliminary investigation into the ~25,000 Tesla Model S sedans equipped with the function, stating the incident "calls for an examination of the design and performance of any driving aids in use at the time of the crash."

The investigation could lead to a recall, or retraction of the Autopilot system entirely if the agency finds the vehicles are unsafe while operating in Autopilot mode.

NHTSA reports the particulars of the accident as being the collision occurred when a tractor-trailer made a left turn in front of a Tesla at an intersection.

Since the announcement, Tesla has issued a blog post noting it is the first fatality in over 130 million miles Autopilot has been in operation, and also gives its own account of the accident:

What we know is that the vehicle was on a divided highway with Autopilot engaged when a tractor trailer drove across the highway perpendicular to the Model S. Neither Autopilot nor the driver noticed the white side of the tractor trailer against a brightly lit sky, so the brake was not applied.

The high ride height of the trailer combined with its positioning across the road and the extremely rare circumstances of the impact caused the Model S to pass under the trailer, with the bottom of the trailer impacting the windshield of the Model S. Had the Model S impacted the front or rear of the trailer, even at high speed, its advanced crash safety system would likely have prevented serious injury as it has in numerous other similar incidents.

We note that the victim is listed as 40-year-old Ohio resident Joshua Brown (obit), who appears to be the same person who reported in April that the Tesla Autopilot system potentially saved his life (YouTube video of earlier Autopilot crash avoidance incident below):

Professor Develops Technology That Cools People Down – Without Electricity or AC

When it rains you too will soon see people walking around with a flying drone umbrella...