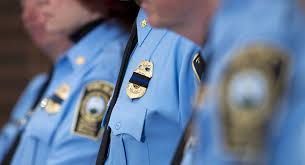 It's one thing to be told you must obey the law. But what being told to obey a cop who is acting contrary to the law?

This happens routinely – and (usually) without consequences.

For the cop, that is.

Here are a few examples:

In many states, it is still legal to "open carry" – that is, to openly carry a firearm on one's hip (in a holster) or a rifle slung over one's back… and so on. That is the law. Cops are supposed to know the law as well as enforce the law.

And, more to the point, to be bound by the law.

Not infrequently, they enforce their own law with regard to open carry.

Many videos of such interactions may be viewed on YouTube and so on. A citizen open carrying his firearm and doing absolutely nothing contrary to the law finds himself confronted by a threatening/order-barking cop who has no legal authority to do this.

1 Comments in Response to Who Watches the Watchmen?