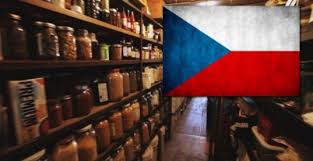 After the German government told its citizens to stockpile food and water in case of a catastrophe, the Czech government is also now reportedly warning its population to prepare for the worst.

On Sunday, Frankfurter Allgemmeine Sonntagszeitung (FAZ) reported that the German government is set to enact a new "Concept for Civil Defence" which will "require the population to stockpile enough food for ten days."

On the other side of the border, Czech media is reporting that the country's food reserves are "struggling" and would be incapable of meeting demand in the event of a national crisis. Supplies of milk powder are particularly low.

The government is calling on citizens to increase their "self-sufficiency" and "food safety" by stockpiling more food.

According to Israeli Live News' Steven Ben-DeNoon, a resident of the Czech Republic, news stations reporting on the story out of Germany also revealed how the Czech government is telling its citizens to "be prepared for the worst case possible scenario," which is likely to be a large scale catastrophic terror attack or a nuclear disaster.

As we reported earlier this month, Czech President Miloš Zeman is also pushing for a change to the law that would make it easier for citizens to own firearms in order to defend themselves against jihadists.

Having previously been against private gun ownership, Zeman now says "citizens should arm themselves" to deal with the threat of Islamic terrorism.

Gun sales in France and Germany are also skyrocketing as a response to the millions of Muslim migrants pouring into Europe and a spate of terror attacks across Europe over the last two months.