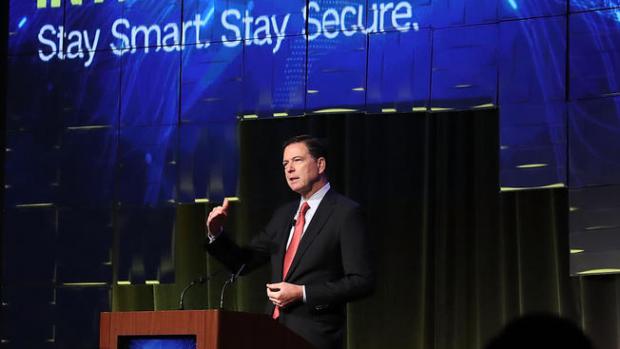 Widespread encryption built into smartphones is "making more and more of the room that we are charged to investigate dark," Comey said in a cybersecurity symposium.

The remarks reiterated points that Comey has made repeatedly in the last two years, before Congress and in other settings, about the growing collision between electronic privacy and national security.

The Justice Department decided within the last year to not seek a legislative resolution, and some of the public debate surrounding the FBI's legal fight with Apple Inc. has subsided in the last few months since federal authorities were able to access a locked phone in a terror case without the help of the technology giant. The FBI sought a court order to force Apple to help it hack into an iPhone used by one of the San Bernardino shooters, a demand the tech giant and other privacy advocates said would dramatically weaken security of its products.

The FBI ultimately got in the phone with the help of an unidentified third party, leaving the legal dispute unresolved. But Comey made clear Tuesday he expects that dialogue to continue.