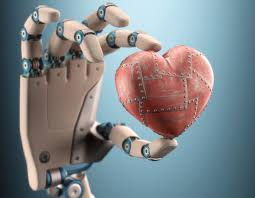 Transhumanism and Technocracy share a common philosophical base in Scientism, or the effectual worship of science. ? TN Editor

When I was growing up, my father often told me that Andy Warhol once said that he wanted to be a machine, and that it would be a lot easier to be a machine — if something broke, you could just replace it.

Even though small wounds and injuries heal, this has not been the case for humans. If something were inherently broken, it would stay broken therest of our lives. Which relates to another common saying: The only two things in this world that are certain are death and taxes.

For the transhumanist movement, this is not thecase. Transhumanists believe that humankind can evolve beyond its current physical and mental limitations to become "superhuman" and, eventually, immortal. One of the most prominent members of the movement is Zoltan Istvan, founder of the Transhumanist Party and 2016 third-party presidential candidate.

For Istvan, aging and death are the biggest plague of our time. The party is proposing a transhumanist bill of rights that states that it should be illegal to stop research on longevity and eternal rights based on religious and ethical reasons.

After job is eliminated, police chief strips down to underwear and walks home in snowstorm