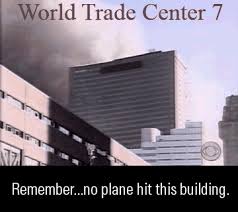 Gainsville, FL — Bob Tuskin, former radio host for Free Thought Project Radio and co-founder of the Free Your Mind conference, was conducting street interviews with folks outside of the Florida Gators game this weekend, when he was swarmed by cops and arrested — without reason.

Outside of the stadium, multiple other political and religious groups were demonstrating peacefully. However, only Tuskin was targeted. There were Trump supporters, religious speakers, and various other groups who the police completely ignored.

Tuskin was not harassing anyone, nor was he causing any problems whatsoever. Tuskin simply asked passersby if they would like to watch a video of a building collapsing — and for this, he was kidnapped by armed agents of the state and put in a cage.

Tuskin's schtick was simple. He would show people a video of building collapsing in six seconds and then ask them what that looked like to them. Everyone replies the same, saying it looks like controlled demolition. But when Tuskin tells them that this building is tower 7 and fell on 9/11, he's quickly met with denial, angst, vitriol, ridicule, and now police force.

Below is a video from last year, when Tuskin conducted the same interviews. Notice how the police in this video were actually nice and participated — instead of kidnapping and caging Tuskin.