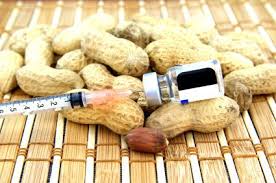 (NaturalNews) Although many people are aware of the link between vaccines and cases of autism in children, what's not so commonly known is the fact that vaccines also cause food allergies – and the Centers for Disease Control (CDC) has even corroborated the link in one of their own studies.

The 1999 study didn't receive much attention at the time, but the results are clear: Food proteins such as gelatin used in the manufacture of vaccines can cause the development of sometimes life-threatening food allergies in children.

From the abstract of the CDC study:

In layman's terms, this simply means that gelatin-containing vaccines can cause gelatin allergies in those to whom they are administered.

Cases of children with food allergies are on the rise – around 8 percent of American children now suffer from them – but the link to vaccines has been generally under-investigated or ignored.

But more recent research has reconfirmed the link between vaccines and food allergies, including a study published in 2015 in the Journal of Developing Drugs.

Scientists have known about the link for more than 100 years

This study referred to decades of research confirming that food proteins, when injected intravenously, can indeed lead to the development of food allergies.

In fact, the link was first discovered more than a century ago, and has been well established in numerous other studies since the 1940s.

"Nobel Laureate Charles Richet demonstrated over a hundred years ago that injecting a protein into animals or humans causes immune system sensitization to that protein. Subsequent exposure to the protein can result in allergic reactions or anaphylaxis. This fact has since been demonstrated over and over again in humans and animal models."

This study's author, Vinu Arumugham, an expert in immunology, goes on to point out that the administration of multiple vaccines simultaneously – a common practice these days – increases the risk of developing food allergies.

And not only are the chances of developing food allergies increased by multiple vaccinations, but other vaccine additives exacerbate the risk even more.

Vaccines also contain "adjuvants" such as aluminum compounds and other substances that create a "bias towards allergy:"

Arumugham calls for "urgent action" regarding vaccine policy reform, including the removal of food proteins from vaccines altogether, and the re-evaluation of the use of aluminum and other adjuvants in their manufacture.

In the meantime, he strongly recommends the addition of food allergy warnings in vaccine package inserts until steps are taken to remove the compounds that cause such allergies.

Despite the numerous studies that have proven the link between food protein vaccine additives and food allergies, the administration of ever more aggressive vaccination schedules is on the increase in the United States, and mandatory vaccination laws are becoming more common.

Once again, it's clear that our government is more concerned about protecting the vaccine industry than protecting our health – a situation that should trigger outrage among parents and anyone who cares at all about the safety of our children.